Are you looking for the embroidery definition and how it all begun? You came to the right place.

Embroidery is probably the most beautiful craft that can ever be.

Intricate and stunning, embroidery brings a remarkable balance of the elements of visual art and a delicate, graceful feel to everything that it’s put upon.

What Is The Correct Definition Of Embroidery?

The art of embroidery has survived the onslaught of time since primitive history, to come out even stronger than ever in the present era.

And only a few other forms of art have echoed throughout the millennia as loud as this did for the world.

Be it the domestic sphere or the professional one, embroidery has established itself a timeless form of art that’s going to keep evolving into better versions of itself with time.

Tip: If you are interested in machine embroidery, here you can check out the latest and compare embroidery machines.

So how could somebody actually define this immortal, ageless art to begin with? What is embroidery?

What has been its history? How did it come into existence? And what were the very first expressions of it ever?

How To Define Embroidery?

To explain embroidery, one could just as easily say that it’s the art of creating ornate designs on fabric with a needle. 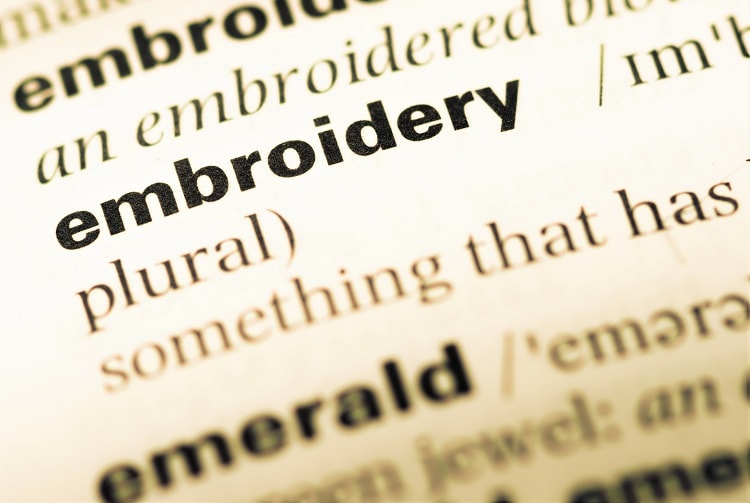 The motifs and patterns of embroidery are furnished in threads of all kinds of materials and different styles of stitches.

The thread work can be further accentuated with embellishments such as sequins, pearls, and beads. The fabric is first put into the embroidery hoops that stretch it taut across, making it easier for you to work on it.

The variations in the different kinds of stitches render the embroidery design it’s a unique style and look.

The overall work takes an immense amount of time and patience. But, most importantly, it takes for one to know the necessary skills and understanding of how stitches work to achieve the desired result.

So that what’s embroidery in essence.

So How Did Embroidery Come Into Being?

Embroidery has actually been there since the dawn of civilization. Ever since weaving was discovered, embroidery had been an integral part of the entire process.

It began with stitching methods such as patch, mend, tailor, and reinforce cloth fostering and other decorative ideas that led to the perfection of embroidery.

The art of embroidery has been credited to the goddess Athena in Greek Mythology who is said to have passed down her legacy of the art.

It is in this regard that the art is generally associated with the imposing and incredibly influential figures in history.

Some of the historical specimens found in China, for instance, dates back to the Warring States period between 5th-3rd century BC.

These were mainly found in Mashan’s burial chamber in the Hubei province.

Also, in a specimen garment from the Migration period in Sweden, dating back to around 300-700 AD, shows the works of running stitch, back stitch, tailor’s buttonhole stitch, whip-stitching, and stem stitch as part of the edges of the bands on its trimmings.

So it all started in ancient times with a necessity to repair clothes that grew into one of the most luxurious forms of fabric ornamentation ever.

The Origin of Embroidery

Here are some interesting facts about the embroidery:

The art of embroidery and the practice can be traced back to around 30,000 BCE. 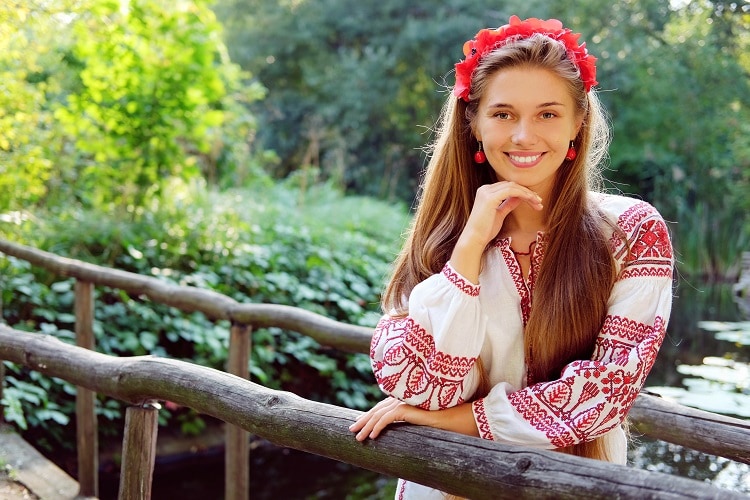 In the year 1964, the fossilized remnants of a hunter dressed in embroidered outfits were excavated by archaeologists in Sungir, that’s a late Paleolithic burial site in Russia.

The boots and huntsman’s fur clothing were found to embroidered with hand-stitched rows of ivory beads. This was one of the oldest recorded proofs of the craft.

Embroidery appeared in Japan around the 7th century. The first expressions of “Nihon Shishu” or Japanese embroidery were religious depictions of Buddha on various kinds of fabric.

However, it took a more commercial and casual turn by the 14th century when embroidery made its presence felt on a regular textile that was meant for everyday use.

This included Bugaku dance attire and several other kinds of dresses.

The artistic movements and practices in Egypt were already renowned by the 14th century BCE.

Probably the most famous and brilliant examples are that of the hand-stitched pieces found with King Tutankhamun’s treasure.

These included an ornate leopard skin, ceremonial embroidered tunics and most conspicuously- a very well-preserved floral collar that featured “alternating rows of floral petals and blossoms, leaves, berries, and blue faience beads were sewn to a papyrus backing.”

The Medieval Period in Normandy

The Bayeux Tapestry that was created during the 11th century in Normandy is probably the most famous embroidered piece known to the world.

It represents the stunning craftsmanship and skillsets of the French artisans.

The piece is created in wool yarn with a backdrop of linen. It is actually a 230 ft long linen piece that is richly detailed to depict the Battle of Hastings fought in 1066 and the Norman Conquest of England.

It is presently preserved and displayed by the Musee de la Tapisserie de Bayeux in Bayeux, Normandy in France.

In India during the Mughal Period

India has been one of the most prolific countries in arts and crafts, especially during the Mughal reign. Embroidery flourished during the 16th century in India.

The delicate “Ari” or “hook” stitch needlework was particularly famous and was a favorite of the Mughal royalties.

This was initially used for embellishing leather but was subsequently extended to create beautiful wall hangings and attire such as saris.

Ari was consequently “identified as among the most lucrative goods for export.” This hook-stitch style that is known as the “tambour stitching” became immensely famous in France and Britain

The “Nakshi” or the immensely popular “Nakshi Kantha” from Bangladesh is a dominant form of stunning embroidery work that is famous worldwide.

Similarly, the other dominant styles from this era include “Saadi,” “Chikan”, “Zardozi” “Gota,” “Wastli” and “Kohra.”

The Industrial Revolution happening during the late 18th and 19th centuries saw the revolutionary advent of automation that machines brought forth in order to mass-produce embroidered merchandise.

The way for this was first paved by France in the mid-1800s that anticipated more magnificent inventions and developments in the future.

This drastically changed the face of the craft on the fronts of production, time, and costs, making it enormously accessible to the masses.

Embroidery is one form of art that’s never going off the radar. It is as beautiful as it is timeless and one of the greatest ideas ever conceived by humankind.

We hope you liked knowing all about the official “embroidery definition.”

We’ll be back with more.

Till next time! Jen xx

Hi! I am Jen, a sewing addict, and expert, from Phoenix, USA! Whilst I do enjoy a wide variety of crafts, my passion and pride lie in sewing! I used to teach sewing workshops on various types of sewing machines and whilst I enjoyed my job, I now want to share my extensive knowledge with an online community. 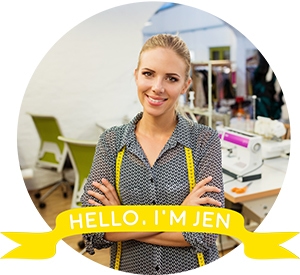 Hi! I am Jen, a sewing addict, and expert, from Phoenix, USA!
Whilst I do enjoy a wide variety of crafts, my passion and pride lie in sewing!
I used to teach sewing workshops on various types of sewing machines and whilst I enjoyed my job, I now want to share my extensive knowledge with an online community!
Enjoy your stay on my little site xx Jen 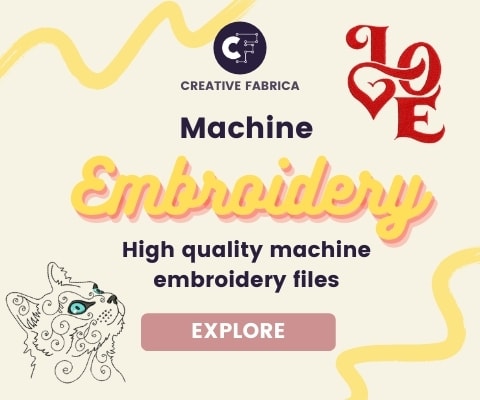 Get unlimited access to Embroidery designs – get 35% off on the premium subscription. 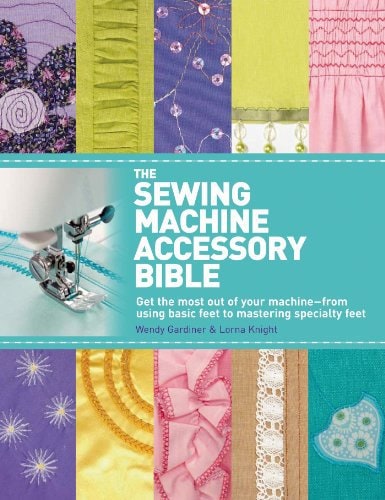 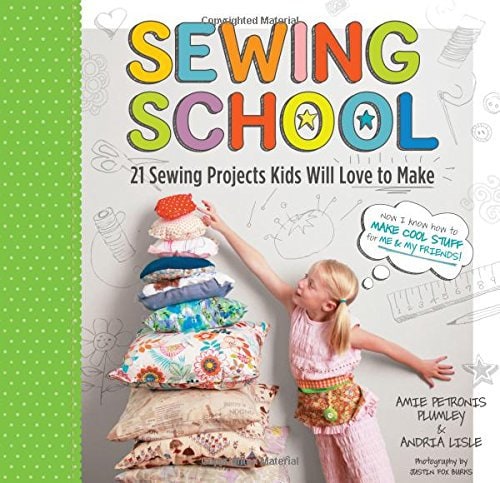 The Sewing School for Kids 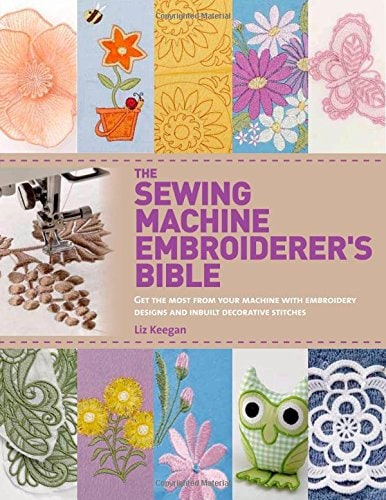 As an Amazon Associate I earn from qualifying purchases.

Jensewingmachines is also a participant in the Creative Fabrica affiliate program.